“I’ve always said: The truth will set you free, but first, it will piss you off.” 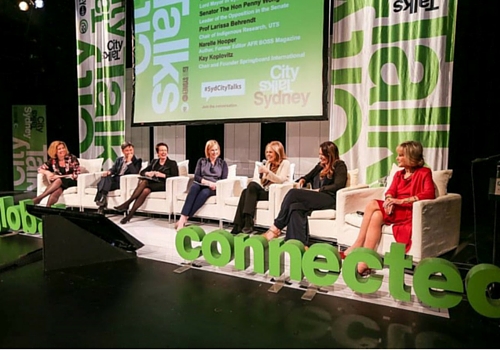 That headline quote came from Gloria Steinem last week, lighting up the Eternity Playhouse in conversation with Leigh Sales at our very special CityTalks discussion on gender equality. Leigh then moderated a panel with Gloria and myself, Senator Penny Wong, Larissa Behrendt, Kay Koplovitz and Narelle Hooper. 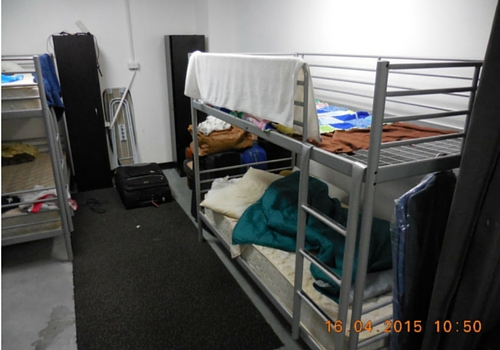 This week our Illegal Accommodation Strike Force secured the conviction of the landlord responsible for operating an illegal hostel disguised by a Chippendale shop.

Supporting public art in the city 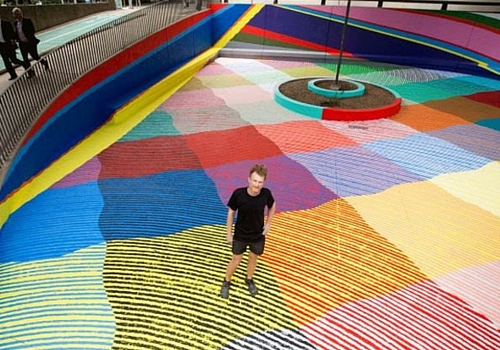 It felt a little surreal to wake up on Thursday and see the Daily Telegraph attack me for removing public art. "There is absolutely nothing wrong with public investments in art," the Tele said in its editorial – I’m so glad they’re finally on board! 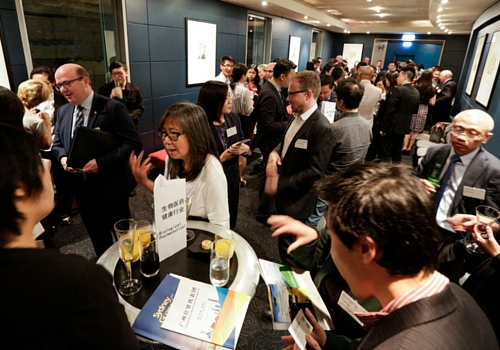 This Sunday I fly to Guangzhou, China, leading a 100-person delegation to mark the 30th anniversary of our sister city relationship. The delegation includes businesses traveling with the Australia China Business Council, the Sydney Symphony Orchestra and representatives from the University of Sydney, University of Technology Sydney and 4A Centre for Contemporary Asian Art. 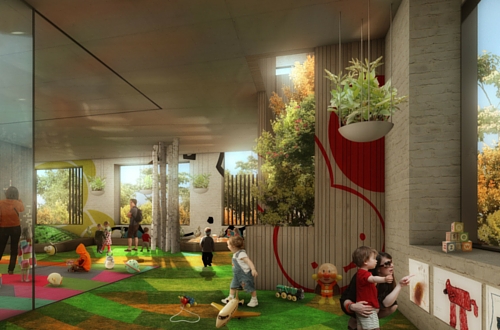 More and more families are choosing to make their home in the inner city – it’s a real endorsement of the work we’ve been doing to make the city liveable.

Teaching our children about nature and sustainability 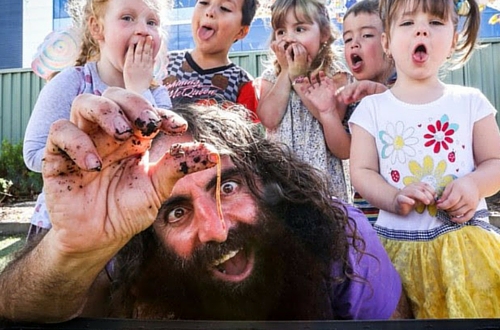 TV personality Costa Georgiadis surprised children at Alexandria Child Care Centre this week by turning up with a new worm farm to show them how food scraps can help create new life in urban gardens.

Supporting fashion in the City 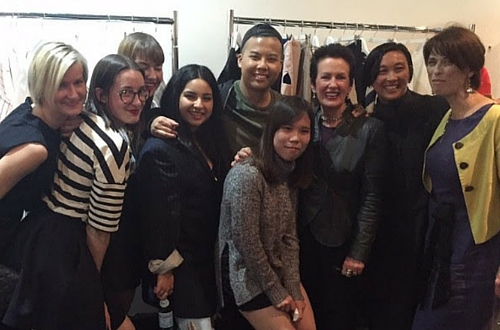 The City is once again supporting Mercedes-Benz Fashion Week Australia, to promote Australian designers on a global stage. I also encourage you to visit The Design Residency (72 Oxford Street, Paddington) where graduates from Raffles College are displaying their runway collections. 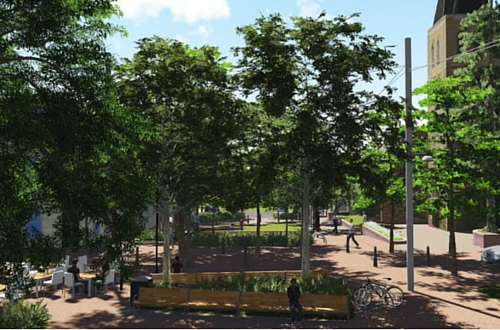 This Sunday I will launch the upgraded green space at Quarry Green in Ultimo. We’ll have entertainment and refreshments and I’d love for you to join us in enjoying this beautifully revitalised park.

WestConnex - a disaster for the east and west

The future of the Bays Precinct urban redevelopment is in doubt after new images of a massive spaghetti style interchange being planned for Rozelle as part of the WestConnex project were revealed. Click to read the SMH story on the new interchange. Neighbourhoods around the Rozelle interchange including Lilyfield, Rozelle, Leichhardt, Annandale and Glebe, will be severely impacted with flyovers and off ramps pouring traffic onto local roads.The Government's own documents make it clear that congestion will increase on the ANZAC and Sydney Harbour bridges as a direct result, overwhelming these vital links.This just reinforces that WestConnex is a disaster for our city - east and west.The massive spaghetti style interchange planned for Rozelle threatens the future of the Bays Precinct urban redevelopment - instead of a thriving digital hub, we'll get congested roads and polluting vent stacks.An interchange planned for Camperdown will overwhelm Broadway and Parramatta Road with increased traffic. If it's built, WestConnex will have a disastrous impact on the people who live and work in the inner city and inner west. It will massively worsen congestion and severely impact air quality.A new report shows that any benefits of the $16.8 billion-plus WestConnex motorway will be outweighed by its spiraling costs and the worsening congestion it will deliver to local roads.The independent report - commissioned by the City of Sydney from SGS Economics and Planning - dismisses the Updated Strategic Business Case released by the NSW Government as 'a confused document filled with contradictions".At $16.8 billion, WestConnex is nearly triple the combined cost of recent motorways built in Sydney - the M4, M5, Harbour Tunnel, M2 and Eastern Distributor would cost $6.1 billion in total in today's dollars.Additional stages of WestConnex under development could see the total cost reach more than $30 billion. This makes it one of the most expensive road projects ever undertaken in the world. So you'd hope it comes with some big returns!But the estimates show that most drivers will only save less than five minutes and the road network around the toll road and some sections of the tunnel will reach capacity as soon as 2031, only eight years after completion.The figures also show that on key corridors, public transport is quicker than driving and will be in the future.It is an appalling return especially when you consider what else that money could be spent on - public transport which is so badly needed in western Sydney, land for homes, schools and hospitals.It's time for all construction work on this project to be suspended until the Government can prove that WestConnex provides NSW taxpayers with a better return on the billions being invested on it than potentially cheaper options such as public transport or demand management.

Response to petition on late-night food options in Newtown

Over the last couple of days, a petition regarding food vendors in Newtown has gathered support. Thanks for your feedback. I agree that if there are licensed operators open late then people need access to food. Late night food outlets are an important part of the City of Sydney's late night action plan, OPEN. Having more options creates a safer and more balanced late night economy. I'm concerned about what's happening in Newtown and have asked City staff to review the current controls to see what we need to do. The current planning controls for Newtown were developed with input from the community. We're not going to be able to make major changes immediately but we will start work on it. I would have liked to have gotten back to you sooner but the situation is complex with different businesses and different operating hours, approved over many years. I'll keep you informed about what we can do once the review is complete.

The sad and unexpected death of my friend and colleague Deputy Lord Mayor Robyn Kemmis is a great personal loss, and a great loss for our community and Council, however I know that Robyn would have wanted me to ensure the continued effective governance of the City of Sydney. That's why Greens Councillor Irene Doutney and I have reached an agreement to formalise our already very effective working relationship. We've agreed to a memorandum of understanding to continue the ambitious delivery of the City's Sustainable Sydney 2030 plan. You can read the MOU here. This approach allows us to avoid a costly by-election or a fractured council held hostage by party politicians who sense an opportunity for political point scoring or who refuse to make decisions. I've held the balance of power with a Liberal/ National Coalition Government and have worked with Labor Governments, this MOU with Greens Councillor Irene Doutney is about giving the City of Sydney's communities and staff confidence in the continued effective governance and operation of this council. The MOU won't override my deep commitment to voting independently in line with community input and the merits of the issue, or our responsibilities under state legislation and council resolutions. What it will do is give City communities and staff confidence in the continued effective governance and operation of the council and ensure work continues on tackling global warming, increased sustainable transport, improved social inclusion and equity, support for our cultural life, a stronger economy, better living environment and open, transparent and accountable governance.

Statement on security at Belmore Park

You might have seen or heard stories today about rough sleepers in Belmore Park.While homelessness and the provision of social housing is the responsibility of the NSW Government, the City is the only council with a dedicated homelessness unit. Our public space liaison officers work with rough sleepers every day - staff know the individuals personally and advocate on their behalf to get them housing, Medicare and Centre link assistance and other support. We've dedicated $4.2 million to fund services and we conduct two street counts every year. Police told us there had been an increase in antisocial behaviour in Belmore Park so we decided to trial security guards to increase safety for all park users and to advise newly-arriving rough sleepers that tents and other structures are not permitted in the park. The trial includes working together with the State Government to put these rough sleepers in touch with the right agencies and organisations to help them find permanent accommodation. In the last few weeks since the trial began, the overall number of tents in the park has dropped. Homelessness is an incredibly complex issue. The description today by some media outlets that those sleeping rough in Belmore Park are an "eyesore" and an "embarrassment" are cruel and heartless. Rough sleepers deserve dignity. The City will continue working with the State to ensure they have safe spaces to sleep.   The City of Sydney's statement on the matter can be read here.