A way forward for WestConnex 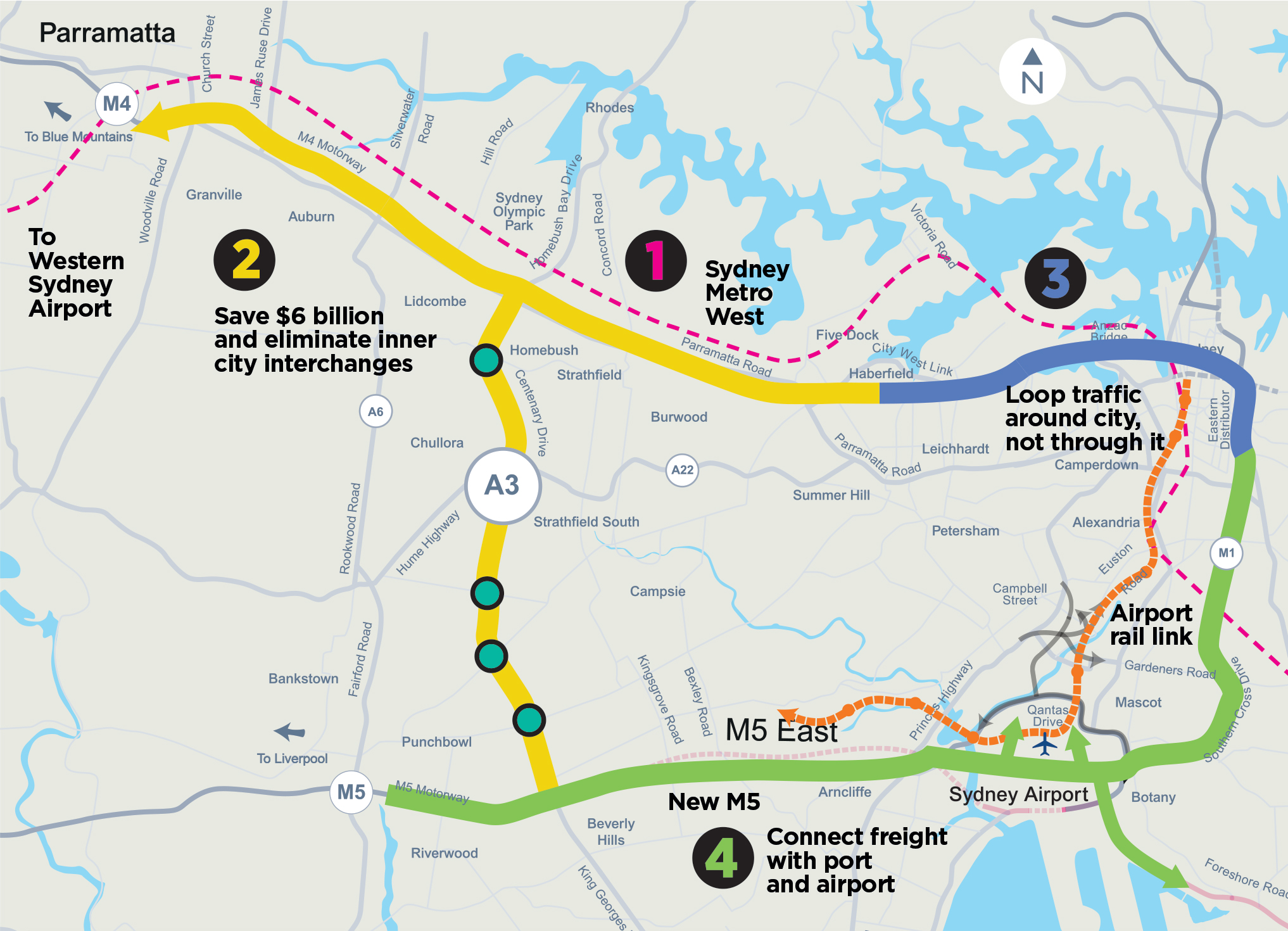 The Government promised to deliver a direct route to the Port and to reduce congestion. What they’re delivering is a road that dumps freight at St Peters seven kilometres away from Port Botany and makes tens of thousands of cars compete on already congested roads like the Anzac Bridge, the Western Distributor and within the CBD. Under this government WestConnex has become a road to gridlock.

We have designed an alternative proposal, developed by expert transport planners, based on the original design for the project – it offers a direct route for western Sydney drivers to the Port and Airport, saves NSW taxpayers billions of dollars, reduces congestion and removes the need for expensive new tolls.

The City recommends the NSW Government could instead:

These alternative solutions (see map above) mean the St Peters interchange site would no longer be needed and could be developed, providing housing close to our city.

Stand with us in pushing for this alternative here.