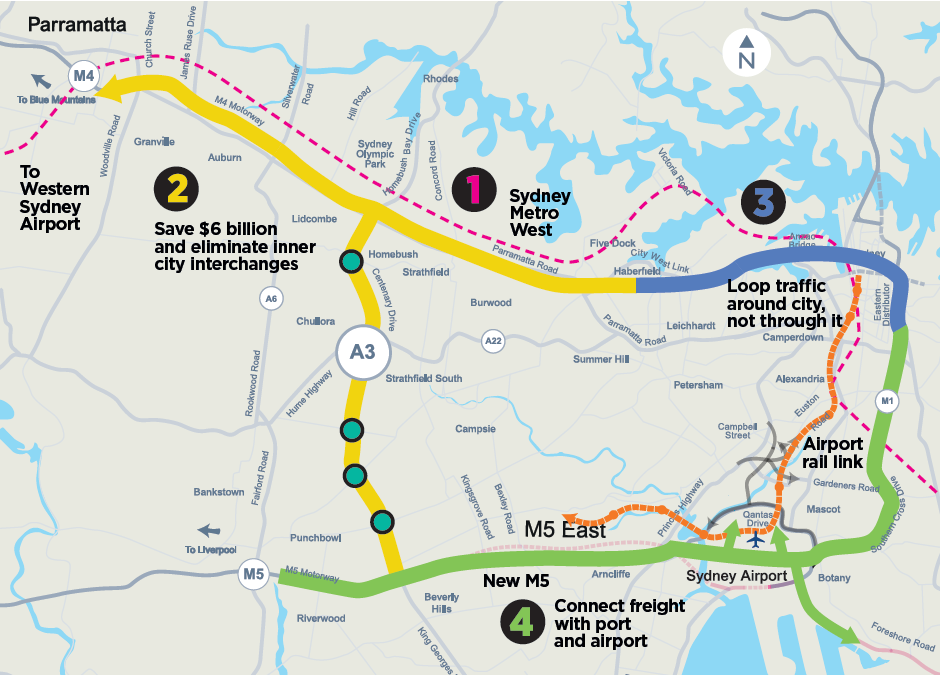 Got a question about WestConnex? It might be one I've already answered. Have a look below to see more information about this disastrous road project. Isn’t WestConnex a done deal?  I’m a tradesperson and I want WestConnex as it will make my work easier. What are the benefits for business and residents in Sydney to reject major road projects like WestConnex and embrace better modes of transport? Is the City of Sydney supportive of Western Sydney Airport?  By not going ahead with Stage 3, will traffic be dumped onto the local road network in Rozelle? Haberfield is being obliterated and already experiencing traffic issues, the City’s proposal will increase traffic problems for our suburb. The City says St Peters Interchange is not necessary, but it is part of Stage 2 and Stage 2 is already approved.  Wasn’t it the City’s plan all along to build housing for 13,000 people on the land taken back from Sydney Park for the St Peters Interchange? The Government’s proposal was going to make it easier for me to get my children to school in the Inner West. Does the City of Sydney’s proposal protect King st, Newtown?  I travel regularly from the Inner West to the City - how will the City of Sydney’s proposal reduce congestion? Aren’t we just shifting the problem from one area to another? Will the City of Sydney’s proposal make traffic worse on Gardeners Road? There are huge transport problems in Green Square - why not fix that problem? I live in the Inner West - will I have to pay tolls on the NSW Governments’ proposed WestConnex?  Should there be a Metro Station for Alexandria? The Government recently announced a Stage 4 and Stage 5 of WestConnex. 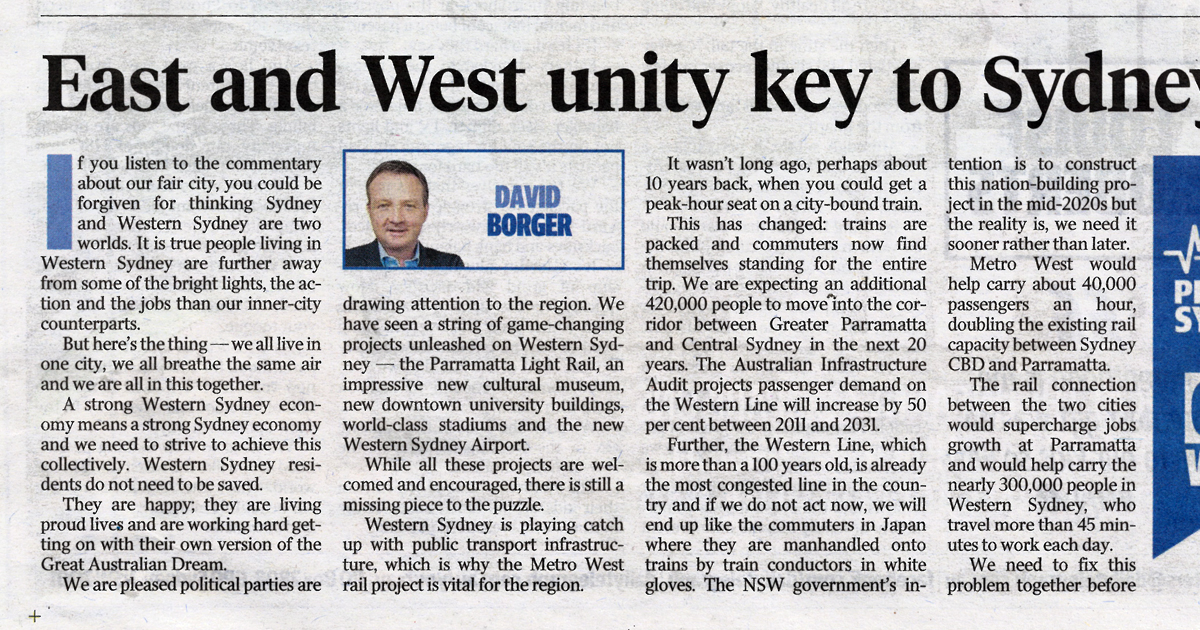 David Borger, Western Sydney Director of the Sydney Business Chamber, published an op-ed in today's Daily Telegraph calling for the Western Sydney Metro to be brought forward. Frustratingly, this crucial project is being held up while the Government's transport budget is tied up in the $45 billion WestConnex toll-road. 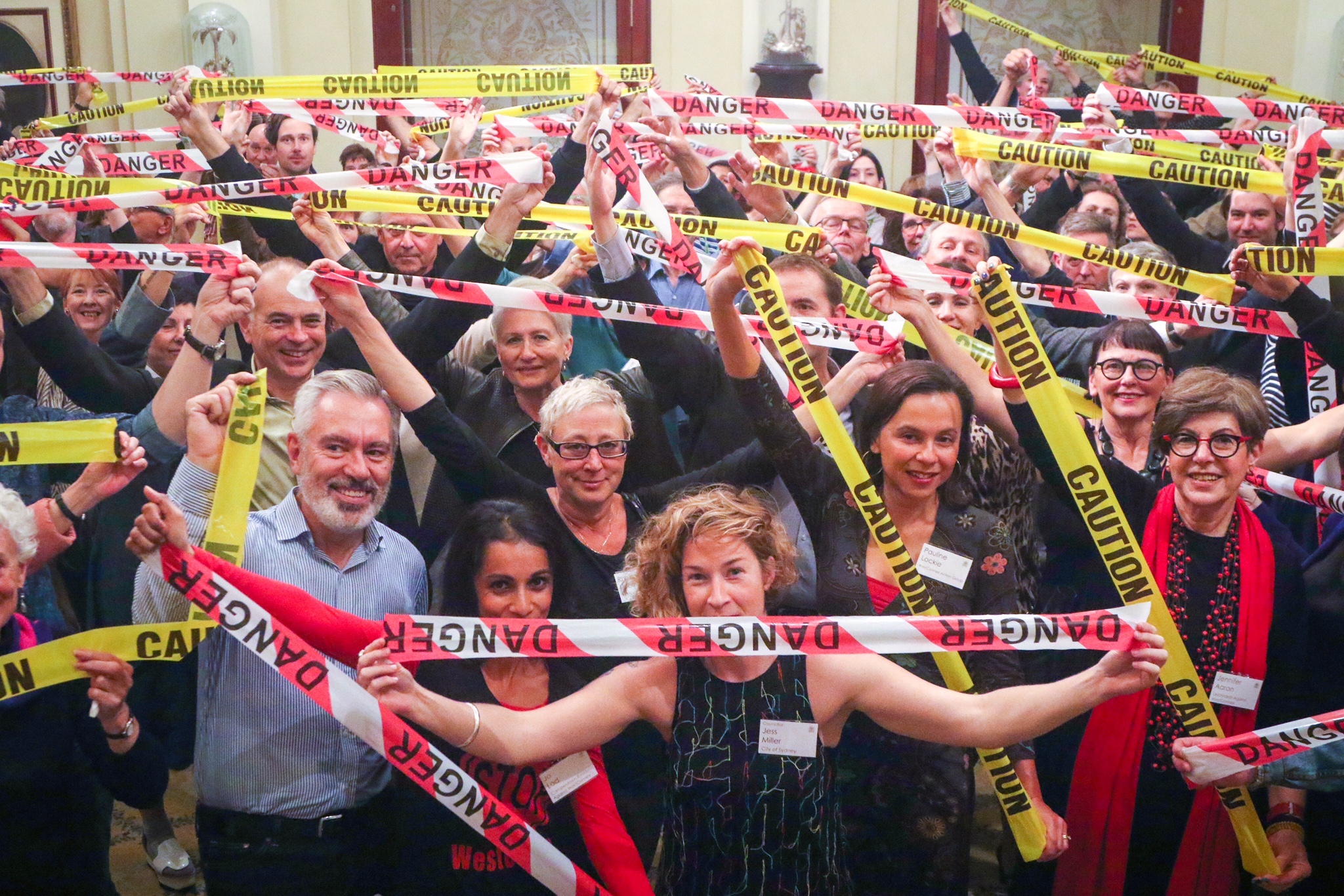 Below is the text of a speech I made at a WestConnex community reception we held at Town Hall, to bring together the various community groups campaigning against this disastrous road project.

The City has raised potential compliance issues with the Department of Planning and Environment (DPE). 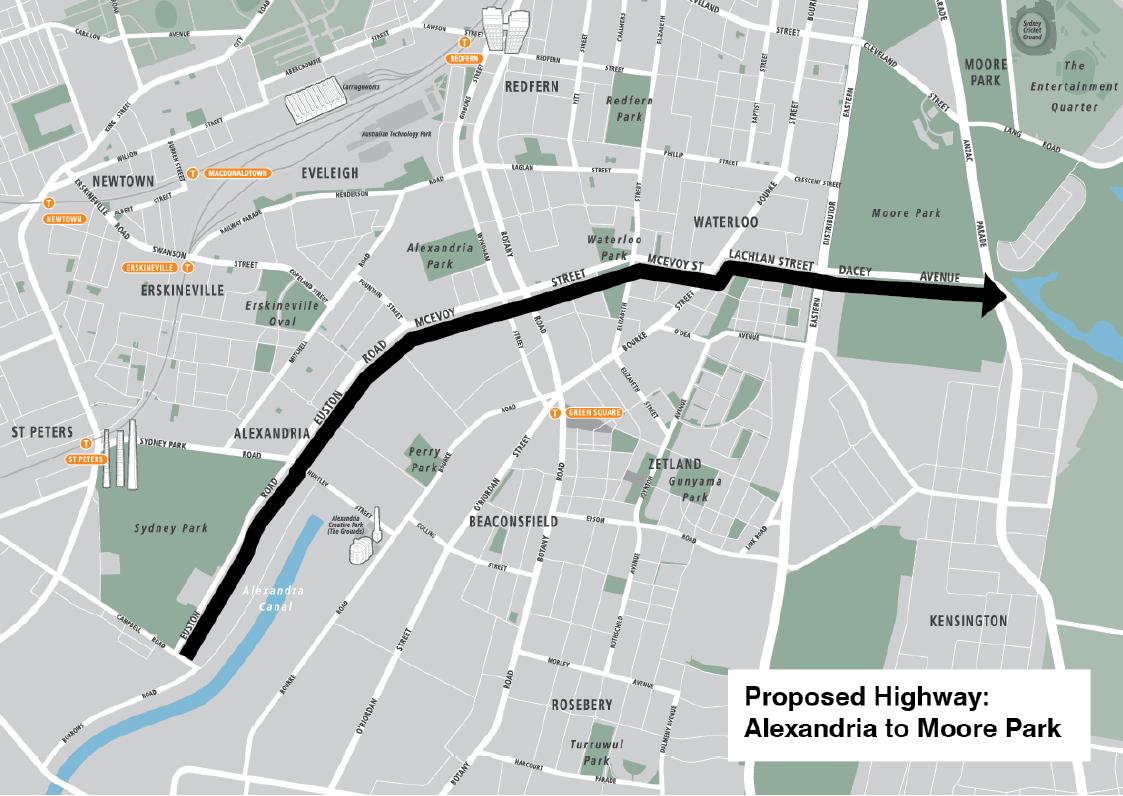 The NSW Government plans to push an additional 60,000 cars through your local area on a daily basis, turning Euston Road, McEvoy Street, Lachlan Street and Dacey Avenue in Alexandria into a seven lane highway to Anzac Parade.

My thoughts on the New M5 Urban Design and Landscape Plan 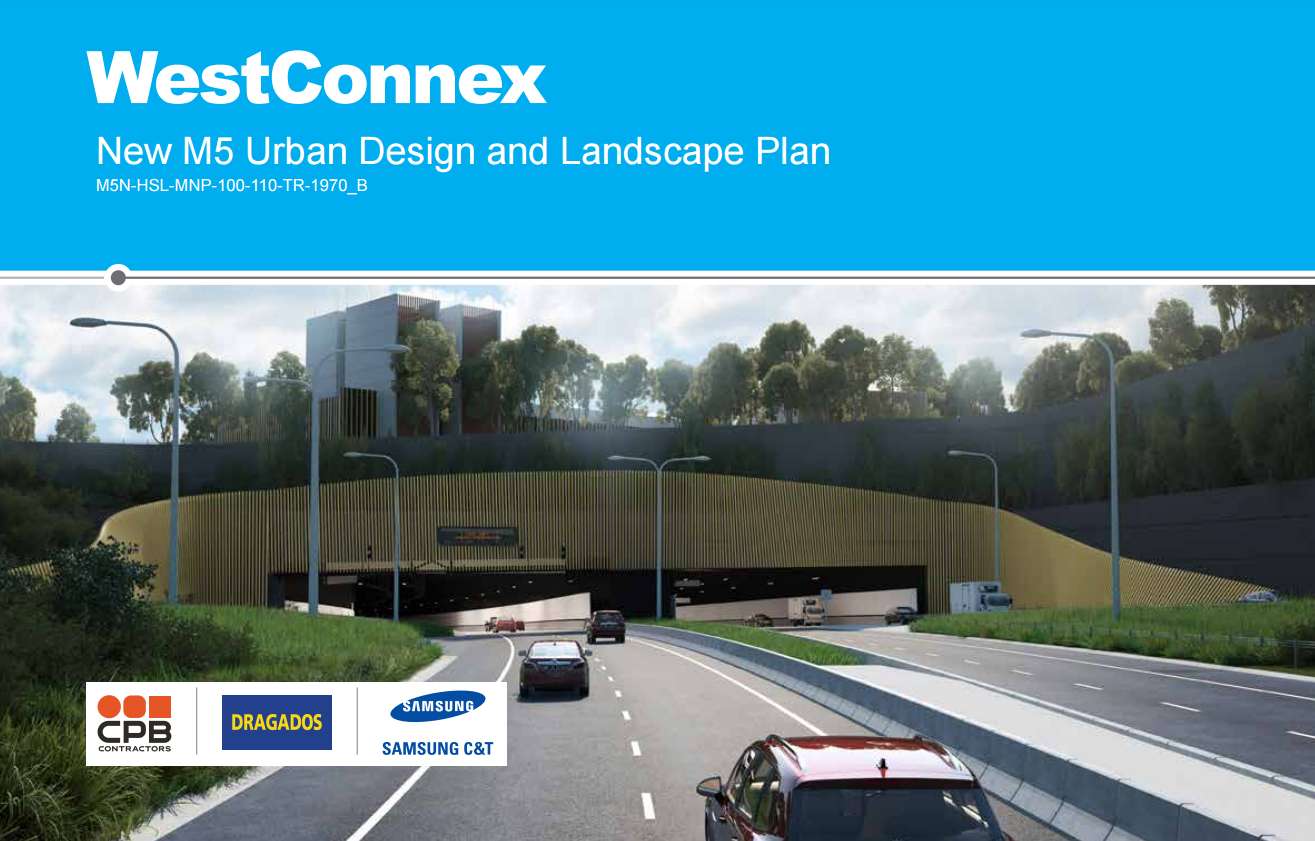 The community is rightly skeptical about Sydney Motorway Corp’s motives in calling for public feedback on the 583 page New M5 Urban Design Landscape Plan over the Easter and Anzac Day public holidays and school holidays.

Today I wrote to Denis Cliche, the CEO of the Sydney Motorway Corporation, requesting that the public consultation period for the New M5 Urban Design and Landscape Plan be extended by 30 days, and an additional four information sessions be offered to the community during this time. 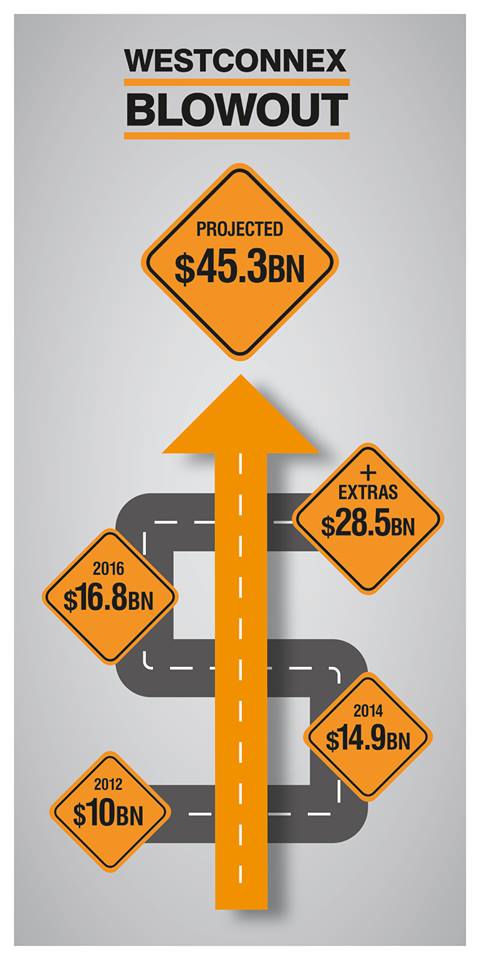 New research has identified $28.5 billion worth of extra costs attached to the NSW Government’s WestConnex road project, bringing the expected cost to a staggering $45.3 billion.